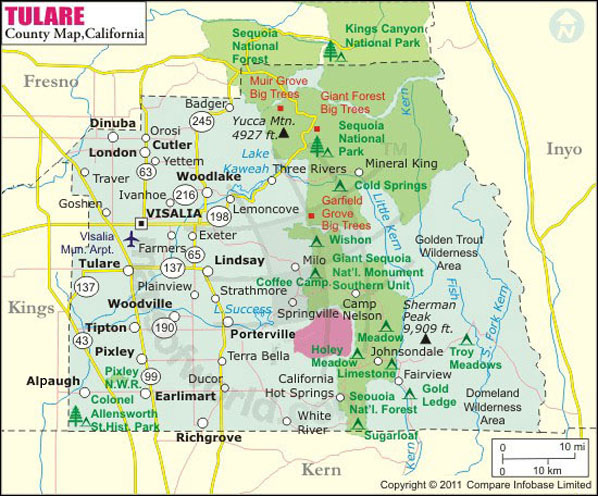 In addition to its agricultural roots, Tulare County is also the home of such amazing recreational sites as Sequoia and Kings Canyon National Parks.  The infamous General Sherman Tree is located in Sequoia National Park and is the known as the world's largest living tree.  King's Canyon National Park is known for its vast groves of sequoia trees and the surrounding mountains of the Sierra Nevada.

The largest city in Tulare County is Visalia, which is also the County Seat.  The other major cities in Tulare County are:  Dinuba, Exeter, Farmersville, Lindsay, Porterville, Tulare, and Woodlake.

Suburbs are found in the larger cities, and the majority of the remainder of the housing is rural.

There are two areas within Tulare County and each of these areas has a distinctive style of living and has its own architecture and in some cases cultural differences.  Tulare County is in the San Joaquin Valley of California and is mostly rural with the exception of the Mountain areas.  The major cities in these two areas are: